We are pleased to present this issue of FRONTLINE the Ontario Construction Consortium Newsletter – for March – April 2021.

We are pleased to present this issue of FRONTLINE the Ontario Construction Consortium Newsletter – for March – April 2021. This newsletter will be published every two months – to update you on OCC initiatives and events. We hope you find it informative. Visit our website https://www.ontarioconstructionconsortium.org/ – it showcases our publications and activities and is regularly updated.

If you have any questions about OCC. Email – info@ontarioconstructionconsortium.org

Formed in 2018, the Ontario Construction Consortium is an organization dedicated to strengthening the construction industry through Advocacy, Education, Networking and Workforce Development.

On April 16th, the Ontario Government moved the province into a stricter stay-at-home regimen than we have seen since the spring of 2020. This included the shutdown of most industrial and commercial construction projects, while many ‘essential’ and residential projects could continue building.

The OCC strongly supports any and all measures aimed at keeping construction workers, their families and the population as a whole safe and secure. We have to work together to beat the pandemic once and for all. But the regulations brought in this month contained some serious anomalies. Itmakeslittlesensethattwoadjacentbuildingsthataretakingthesameprecautions to fight covid – social distancing, masks, PPE, clean running water, onsite toilets – one could continue construction if it was a residential site, but the other would be shut down if it was an office building.

Contractors have gone to great lengths to ensure the safety of their sites, and construction sites have not been a significant source of community spread of covid.

OCC Phil Gillies gave a number of media interviews on this subject. Here you will find a link that takes you to one interview with CTV news and another with CBC Toronto.

The Ontario Government has expanded its inspection program targeting construction sites in hot- spot regions. Starting on April 15th, the Ministry of Labour, Training and Skills Development dispatched 200 workplace inspectors, supported by provincial offenses officers, to visit 1300 construction sites to enforce safety requirements. Minister Monte McNaughton said ‘’Construction workers continue to be needed on the frontlines to build hospitals, testing centres, broadband and other critical infrastructure our province needs’’. He noted that inspections have gone on throughout the pandemic but were needed now more than ever. Read the full Ontario Government announcement here: Workplace Inspectors to Visit 1,300 Construction Sites Beginning This Week | Ontario Newsroom

OCC continues to support the No Tax Fraud campaign spearheaded by the Carpenters Union District Council of Ontario.

The underground economy in the province’s construction industry undermines the province’s fiscal position and hurts legitimate contractors. A study commissioned by the Ontario Construction Secretariat estimates that annual revenue losses due to underground activity have increased by 30% over the past decade.

We’re talking about fly-by-night contractors who do not pay their fair share of income tax, HST and WSIB premiums, shortchanging government revenues and putting the health and safety of their workers at risk.

OCC has called for stepped up enforcement measures to rein in the underground economy and create a level playing field for legitimate contractors who support health and safety and apprenticeship programs.

Phil Gillies is front and centre in this Carpenters Union video – part of the Stop Tax Fraud campaign: https://www.youtube.com/watch?v=uefvoQgwD10 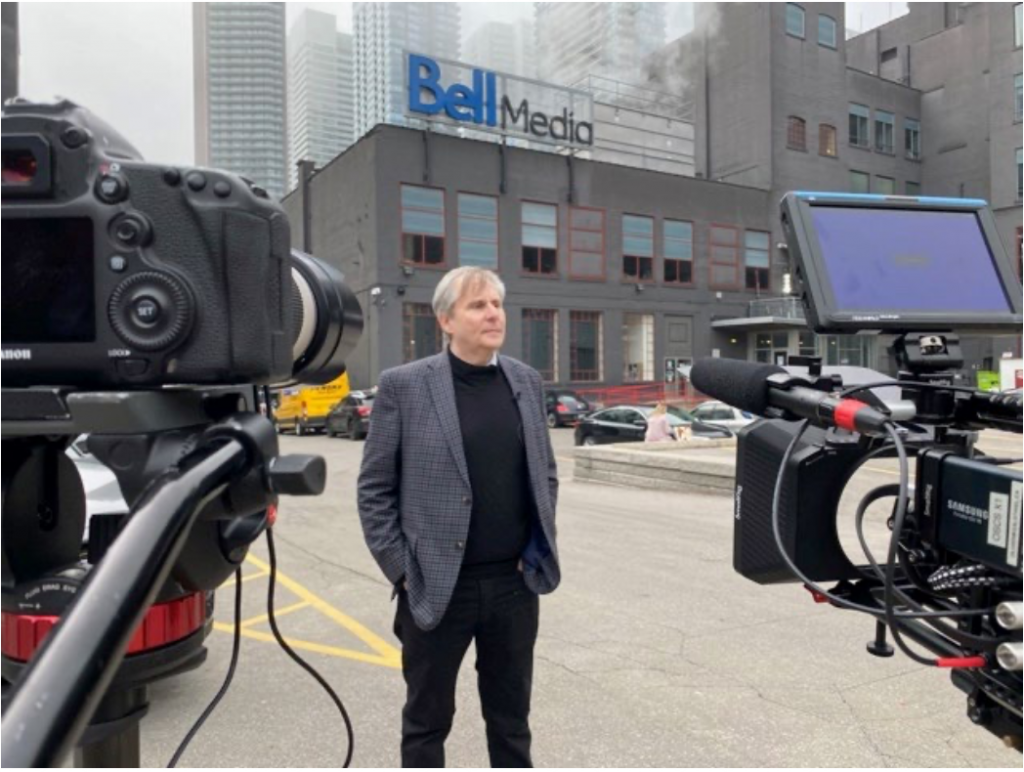 OCC Phil Gillies speaks to the media about the No Tax Fraud campaign.

The federal budget delivered by Finance Minister Chrystia Freeland on April 19th contained a number of stimulative measures that should spur construction in Ontario, and also new money for skills and trades.

Freeland announced a plan to increase the 10-year, $40 billion housing strategy with an additional $2.5 billion. Some of this funding will go to the Rapid Housing Initiative for the construction of 4,500 new units. There is also money for building or repairing 35,000 social housing units.

‘Remember that other public health crisis – the opioid crisis? It didn’t go away while we focused on the covid pandemic. In fact, it got worse. Much worse……’

This will be the message of an upcoming OCC campaign that will focus on the impact the opioid crisis is having on the construction industry workforce.

Beyond the COVID 19 pandemic, Canada is still in the grips of an opioid crisis. Overdose deaths have increased by 50% since lockdowns began a year ago.

The Centers for Disease Control in the United States reports that construction workers have the highest rate of opioid-related overdoses compared to any other occupation in that country. We believe this also to be the case in Canada.

OCC will be launching an awareness campaign on this in coming weeks.

Last fall OCC organized two virtual panel events, in partnership with the Empire Club of Canada, on the future of large urban cores. During the pandemic we have seen office towers sitting empty as office employees worked from home. Small businesses in downtowns – Toronto, Ottawa, Hamilton and elsewhere – have closed in concerning numbers. It led many to wonder about the future of our downtowns. Will they empty out and deteriorate, as the cores of many US cities did in the 1970s and ‘80s?

There are ample signs, however, that this will not happen. Record amounts of construction are going on in downtown Toronto. Right now, there are more cranes in the sky there than in Los Angeles and New York combined. Ten skyscrapers, two of them close to 100 storeys tall, are going to transform the city’s skyline.

Some are now thinking that major cores will emerge, changed, but stronger than ever. That they will become real neighbourhoods instead of just workplace hubs and transit intersections.

This article from Toronto Life paints an optimistic picture:
What will downtown look like when the pandemic is over? (torontolife.com)

FRONTLINE is a publication of the the Ontario Construction Consortium – a think tank / lobby supported by unionized contractors and stakeholders from the province’s construction sector. We welcome your feedback. You can unsubscribe at any time by emailing info@ontarioconstructionconsortium.org with the word Unsubscribe in the subject line.

Through training and education, the OCC will ensure that the dedicated and skilled workforce on job sites all over Ontario are at the top of their game.