We are pleased to present this issue of FRONTLINE the Ontario Construction Consortium Newsletter – for November – December 2020.

This newsletter will be published every two months – to update you on OCC initiatives and events. We hope you find it informative.

Visit our website https://www.ontarioconstructionconsortium.org/ – it showcases our publications and activities and is regularly updated.

If you have any questions about OCC. Email – info@ontarioconstructionconsortium.org

Formed in 2018, the Ontario Construction Consortium is an organization dedicated to strengthening the construction industry through Advocacy, Education, Networking and Workforce Development.

When we started this year, we had no idea the enormity of the challenge that faced the world a few months down the road. We had published our most ambitious policy paper to date in January – Apprenticeship and Skills Training: Ontario at the Crossroads. We were doing the rounds of in-person meetings through the winter – with Ontario Labour Minister Monte McNaughton, Toronto Mayor John Tory, Vaughan Mayor Maurizio Bevilacqua and other officials. Then in early March – the pandemic hit, and we were all faced with a global health crisis the likes of which had not been seen for a century.

The Ontario Construction Secretariat took the lead for a large segment of the construction industry in calling for a two-week shutdown of construction sites to protect the safety of workers and employers faced with the new covid 19 crisis. OCC was front and centre in province-wide media in calling for improved safety measures on construction sites. The message was clearly heard, as steps were taken to enhance physical spacing and sanitary conditions on job sites. As weeks passed, it became clear that our stance was the right one. There were very few cases of covid arising from construction sites in Ontario. Our industry set a standard of which we can all be proud.

The province’s construction sector has continued work at a robust pace through 2020 despite the economic downturn caused by covid 19. OCC wrote a piece that was published in Ontario Construction News in November highlighting some of the notable projects that are underway that will transform the Toronto skyline in the next few years. 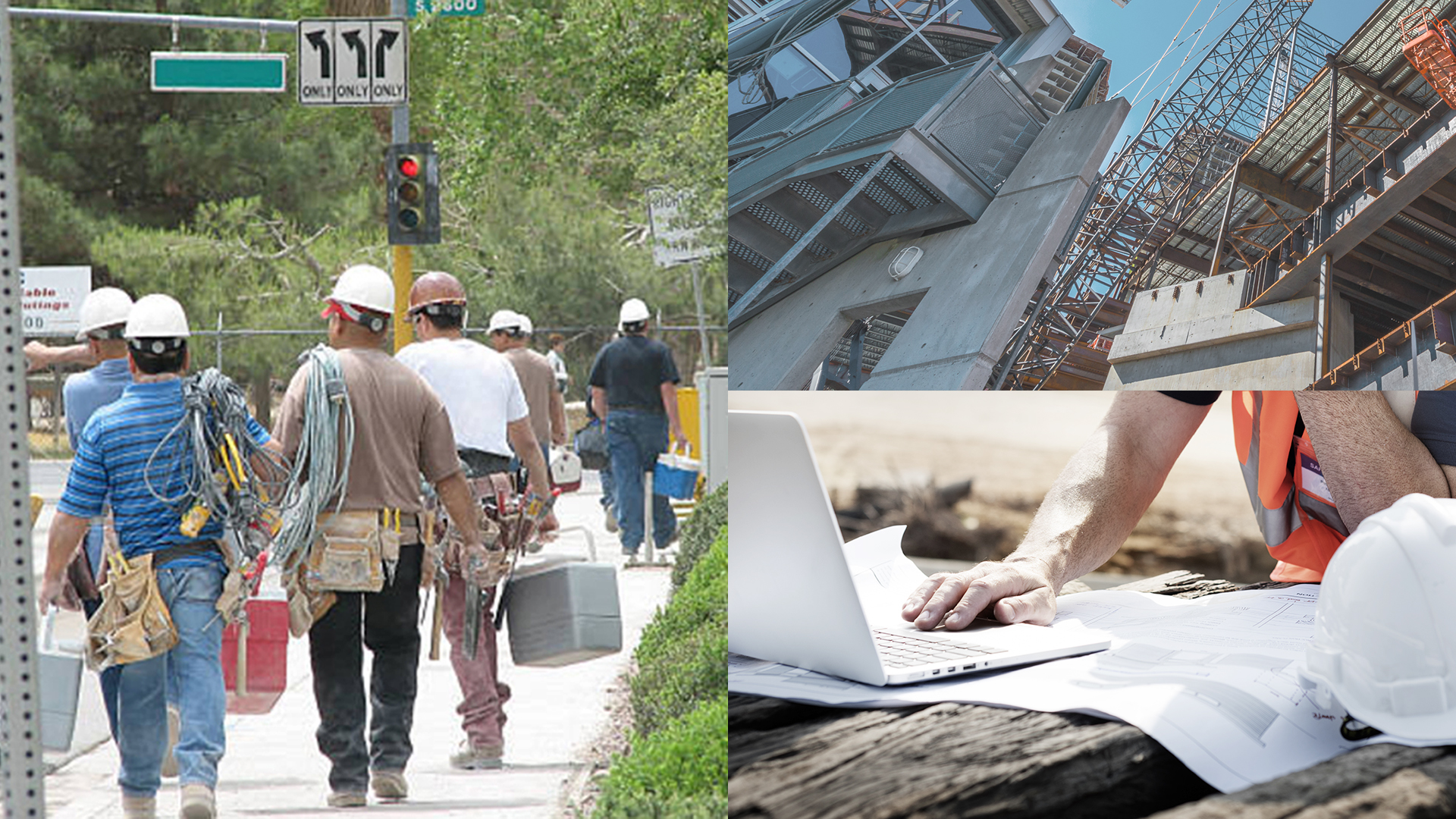 There are 10 skyscrapers over 69 storeys under construction in Canada’s largest city, including  one 95 floor building at 1 Yonge Street that will be the city’s second tallest structure after the CN  Tower. Will this dynamic pace of development continue into 2021? Here is the full story: Ontario Construction Consortium: Construction continues through the pandemic – Ontario Construction  Consortium

The Carpenters District Council of Ontario (CDCO) took new measures in November to encourage  inclusiveness in the workplace with the appointment of Chris Campbell as the Union’s new Equity  and Diversity Representative. The veteran business representative for Local 27, who has a long  history of community involvement and outreach to minority-focused organizations, told OCC he  is excited to take up these new duties at a time when the construction industry is increasingly  focusing on becoming safer and more equitable for Ontario’s 30,000 plus tradespeople.

Campbell says his first priority will be to evaluate what is happening within the industry currently  and identify areas where new initiatives are needed. He will work with both employers and  labour to point out deficiencies and offer advice for improvements. He will be going out to equity  seeking groups to link them into the union to determine where there can be collaboration.

When he joined the industry as an apprentice in 1989 Campbell says he was often the only person  of colour on a jobsite. Issues of discrimination, subtle or blatant, were often ignored. People  who raised concerns were often dismissed as ‘troublemakers’. But in the decades since, attitudes  have changed dramatically. Young people have a heightened awareness of discrimination.

“The George Floyd issue and its aftermath were pivotal. It shone a light on the treatment of black  people anew and showed that complacency about progress made since the Civil Rights era was  not enough. With people having cameras on their cellphones, now everybody is a potential  reporter when an abusive situation arises,” said Campbell.

OCC asked Campbell about the recent disturbing incidents of nooses being found at the Michael  Garron Hospital jobsite in Toronto. This led to a public outcry, police investigation and arrest.  Campbell said the incidents were disturbing, but that the union’s reaction had been swift and  unwavering.

“We reached out to the neighbourhoods and community groups. These disgusting incidents  were the work of a few bad apples. A large coalition of contractors signed a declaration decrying  xenophobia. The silver lining of the Michael Garron incident is that it galvanized our sector in  opposition to racism on the jobsite,” said Campbell.

A new initiative will be outreach to the province’s LGBTQ community.

“In the new year I will be meeting with the Pride at Work organization to see how we can  strengthen that bond. The Carpenters’ Union has long assisted with the construction of Pride  parade floats for, but I want to do more. Everyone is welcome in our union family, people of  colour, of any ethnic, religious affiliation or sexual orientation,” he said.

This event featured a dynamic panel of experts:

The event was sponsored by the Carpenters Union District Council of Ontario. A video  highlighting union training initiatives was shown introducing the webcast.

This panel event was viewed by hundreds of community leaders and Empire Club subscribers.  You can watch a recording of it here:

FRONTLINE is a publication of the the Ontario Construction Consortium – a think tank / lobby supported by unionized contractors and stakeholders from the province’s construction sector. We welcome your feedback. You can unsubscribe at any time by emailing info@ontarioconstructionconsortium.org with the word Unsubscribe in the subject line.

Through training and education, the OCC will ensure that the dedicated and skilled workforce on job sites all over Ontario are at the top of their game.